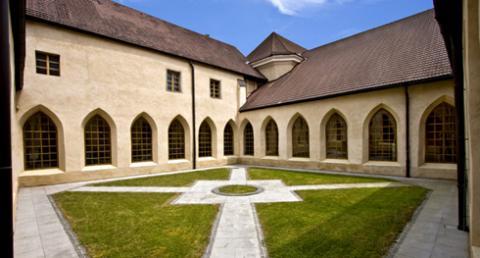 The Minorite monastery, whose origins date back to the 14th century, is located on the north side of the church. Its most significant parts are the east side of the cloister and the Soukenická (Drapery) Chapel, originally a capitural hall with vaulting to the central column. Construction modifications to other parts of the monastery’s arcaded passage were done by the end of the 15th century, which is the period when the oldest mural paintings originated. From about the 1550s, the building served as a monastery to which two magnificent renaissance halls were added, to serve as a hospital.