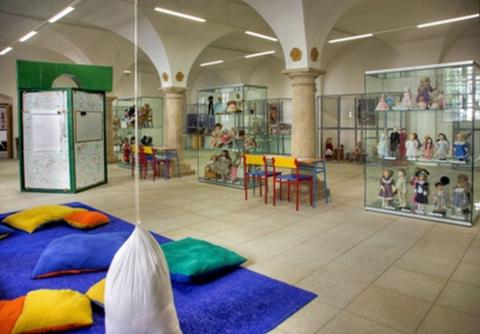 The grand renaissance hall of the former hospital is used as an exhibition hall. This space is usually used for long-term exhibitions, which typically have a ceremonial opening in May and last until the end of the year. One very successful event was the exposition of toys entitled ”Kdo si hraje, nezlobí!” (Those Who Play Keep Out of Mischief). This included an exposition with a children’s play area, and in subsequent years featured various special themes (2007 – model trains, 2008 – paper models, and 2009 – dolls).